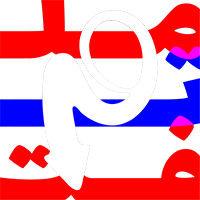 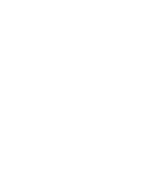 ‘It will rock your house!’ Inside the Iranian electronic underground

Mahdyar finally released his critically acclaimed debut album Seized: a dazzling concoction of abstract hip-hop beats, classical instrumentation and manipulated vocals. Many sounds were drawn from an enormous “cherished” archive he keeps of old recordings, with Vow reworking a 2006 recording of the traditional singer Bidad. When I asked about Seized’s reception among his Iranian fanbase, who know him for producing hip-hop, he admits being concerned about alienating them. “However, they loved it!” he says. “I had fans trying to get credit cards on the black market to buy my album.”

When I ask Mahdyar if he has perceived a rise in Iran’s experimental scene from afar, he claims “it is happening, and I’m glad it is happening”, but is conscious of this music’s “very niche” appeal – especially compared to hip-hop. Regardless, he intends on “releasing more and more experimental music”, characterising the process as one of “absolute freedom”.

Read the article: The Guardian

As most of our readers would know, every month XLR8R releases a wealth of free music via our ever popular downloads section. You’ll find cuts from nearly every genre under the sun—as well as a few curveballs that defy categorization—from new and established artists the world over; and every month, we crunch the numbers, tabulate the tracks, and announce the 10 most popular cuts to hit our downloads section. Now that we’re at the end of March, and all of February’s tracks have had time to marinate, it’s time to announce the most popular tracks from last month.

Interestingly, February’s top 10 was dominated almost entirely by new and rising artists. Aside from the top spot, which was taken by Concrete resident Antigone with his remix of Maxime Dangles‘ “Cloudy Rivers,” nearly all of the artists in the top 10 are relatively fresh faces. Tehran-born producer Mahdyar landed in the second spot with “Timmy Might Bury Ya’ll,” with Gerry Read, Toronto’s Hadi, and Oriol Fornós rounding out the top five.

It’s possible you’ve never heard of Mahdyar Aghajani; in Iran he is one of the most famous musicians of his generation. The Tehran-born producer played a vital role in the country’s underground music scene, producing the majority of the tracks in its burgeoning hip-hop scene when he was just a teenager. But as his success grew, his feelings of safety decreased, and following a government clampdown on underground music in 2009, he found himself in exile in Paris, where he still lives today.

Mahdyar has continued to spearhead Iranian rap from afar, producing beats for the ‘Godfather of Persian hip-hop’ Hichkas, and Moltafet — Iran’s superstar rap collective of which he is a key member. Inspired by themes of greed, war and extremism, his debut album, Seized, sees the pioneer emerging from the shadows for the first time as a solo artist in a political climate that is more extreme than ever.

A vital figure in Iran’s underground music scene, Mahdyar’s dauntless electronic architecture fuses restless fractal beat structures with warped Persian motifs and instrumentation. The Tehran-born producer made his initial mark as a teenager producing the majority of the newly emerged Persian Hip Hop movement at the age of 16, and has produced a number of acclaimed Persian hip-hop albums.

Retaining the grit and urgency of his hip-hop roots, Mahdyar sonically aims further off-the-grid, building crushing, feral soundscapes in constant flux. Dark and provocative, his debut album Seized’s frenetic energy reveals itself slowly and purposefull, toying with structure form and identity. It paints a tense portrait that evokes images of abstract forms, twisting and mutating, and cycles through an array of themes and visual cues, often alluding to the horrors of war, greed, and intolerance.

Read the article: Drowned in Sound

Seized is his first album. It is a bracing work themed around the concept of extremism. “Seize” forcibly transfers what sounds like a traditional Middle Eastern vocal melody to a sinister world of electronic processing and heavy beats, an acoustic act of extraordinary rendition. In “Money Money”, the music builds to an intense pitch before stopping and then starting again, as in a horror movie. Weirdly altered vocals and distorted computer effects add an extra layer of estrangement.

Read the article: The Financial Times

Paris-based, Tehran-born electronic producer and classically-trained musician Mahdyar presents a pounding experimental soundtrack to a dystopian visual triptych by filmmaker and digital artist Hirad Sab, who has created videos for the likes of electronic musicians Sevdaliza and Ash Koosha. This timely yet trippy film—blending animated and real footage—imagines a future where consumers enter virtual environments to vicariously experience the traumas of poverty.

Mahdyar Aghajani is a musician, record producer and film composer born and raised in Tehran, Iran. He raised the standard of Iranian underground music, using Persian traditional instruments in electronic and hip hop music. Listen to his one off NTS guest show. His debut album ‘Seized’ comes out on the 23rd February on Kowloon Records.

Listen to the mix: NTS

Listen to the show: Radio X

Listen to the show: BBC Radio 3

New track from the brilliant Iranian producer Mahdyar, along with a new interview on his career past, present and future

Tehran-born Mahdyar is an enormous name in Iranian electronic music and hip hop. Beginning his career at just 16 after classical training, having immersed himself into the then-nascent Persian hip hop scene as a producer he went on to become a formative figure in the country’s now bountiful culture of extraordinary electronic music.

It’s taken over a decade of working as a producer for Mahdyar’s debut album of his own Seized to appear, however. In the intervening years he’s expanded his reach into film composition and working with museums and art institutions like Paris’ Centre Pompidou and Sweden’s National Theater Riksteatern.

Read the article: The Quietus

Iranian Producer Mahdyar’s “Vow” Is The Sound Of Electronic Rebellion

Mahdyar left Iran in 2009 after a film he worked on that criticised the Iranian government attracted the attention of Iran’s Ministry Of Culture who arrested and blacklisted key members of the scene. The film, for which Mahdyar scored the soundtrack, led to the Iranian government pressuring and attacking some of the film’s crew and their family.

That, seemingly, has only fired up Mahdyar’s drive to create more, pouring his efforts into his music and ultimately leading him down the path to creating his debut album. “Vow”, which you can listen to below, is one of the key tracks from the album and gives you a good idea of the way Mahdyar blends traditional Middle Eastern influences with hip-hop and other electronic sounds.

Even With Travel Ban Blocked, Artists Are Still Left Hanging

Mahdyar Aghajani is an Iranian producer and composer best-known in this country for his score for the film “No One Knows About Persian Cats” – a “near-documentary” about Iran’s banned underground music scene.

“Until two years ago,” Aghajani says, “we were considered satanists.”

He’s now based in Paris. Speaking via Skype, he says he still manages a hip-hop collective called Moltafet back home. “They cannot work in Iran,” he says, “because the government is against them, so they’re illegal. They cannot officially monetize their music.”

Mahdyar Aghajani, who composed the No One Knows About Persian Cats soundtrack, has been in the midst of making a deal with a UK label for his next album. The Paris-based, Tehran-born producer, who records as simply Mahdyar, has also been planning a six-month global tour showcasing multiple generations of Iranian hip-hop, including plenty of stops in the States. “All our plans are basically nothing right now,” he tells me via Skype. “Just because of this stupid thing that is happening.”

For Mahdyar, Trump’s policy takes already-unfriendly treatment from U.S. officials to a darker extreme. “It was awful in the first place,” he explains. “As soon as they see that passport, they are like, ‘Are you a terrorist?’ Now it’s like, ‘Clearly, you are a terrorist.’”

“Hip-hop is without a doubt the most popular genre for the young generation in Iran,” says Mahdyar, Persian hip-hop’s first and most iconic producer, speaking to me from Paris. “If you’re out on the street you don’t hear rock, you don’t hear electronic – you hear hip-hop and pop – it’s the biggest genre that’s been created by the post-revolution generation.”

“One thing that made Persian hip-hop so popular was the fact that it was uncensored—you were hearing stuff that you’d expect to hear when you were hanging out with your friends, or at home or whatever, but you’d never expect to hear it in a cultural context,” he adds. And he’s right—before the inception of Persian hip-hop in the early 2000s, the majority of popular Iranian music came from aging artists who had fled or been exiled following the crackdown on music made in Iran following the 1979 revolution. In this way, Persian hip-hop could be recognized as the first youth-driven underground movement, granting young people the much-needed space for expression.

Mahdyar’s story is typical of many middle-class rappers in Tehran. As a kid growing up after the Islamic Revolution, he watched Western television on his parents’ illegal satellite dish. His favorite music video: Pink Floyd’s Another Brick in the Wall. “My parents were always working, so I went to kindergarten when I was 3,” he says. “The teacher told us we were going to play an instrument. I wanted an electric guitar like Pink Floyd. She gave me a violin.”

He learned Bach, Beethoven and Mozart, and he played in a children’s orchestra. But at the age of 11, he started dabbling with graffiti, as a way to rebel against the country’s strict rules. Two years later, a chance meeting with some of Tehran’s burgeoning hip-hop artists got him started making beats. Under his tutelage, the Rap-i-Farsi movement soon expanded, with artists like Hichkas, Yas, Irfan and Salome MC, one of the country’s first female rappers. Today, Iranians liken him to RZA, the legendary producer and de facto leader of the Wu-Tang Clan.

Over the last decade, underground Iranian rap has grown to become one of the most popular genres among youth.

“Finally there was music that was talking directly to the people with their own slangs about their private and public issues without considering government laws or social unwritten rules. It was the voice of the unheard,” Mahdyar Aghajani, a hip-hop producer and composer, told Al Jazeera.

“It was the first time that Iranians, especially the young ones, could relate to something that easily and deeply,” Aghajani said.

Aghajani, now also residing outside Iran, said he faced difficulties producing music inside the country after producing albums with Hichkas and other underground artists, and composing soundtracks for foreign films.

The Evolution of Persian Hip Hop

Lecture and Q&A session at SOAS University of London

Lecture and Q&A session at University of Toronto

Lecture and Q&A session at University of Cambridge

Lecture and Q&A session at University of Oxford

Lecture and Q&A session at University of Lille